American missionary David Watson, was sent to evangelize the Bhojpuri in northern India in the 1980s.
Among the 80 million Bhojpuri tribe, there were only 27 churches, 1,000 followers at the time.
The Bhojpuriis were indifferent to the gospel, there was strong resistance from extremist Hindus and Muslims, and the area was known as the “missionary graveyard”.
Watson actually experienced this. He began evangelism and church planting and within 18 months six team were killed.
Watson was discouraged and left India.
Through his failure, discouragement and disappointment, Watson prayed to God.
God began to show him in the gospels a pattern of discipleship that Jesus used.
He again decided to form a team to take the gospel to the Bhojpuri people.
First of all, he gathered pastors and missionaries working amongst Hindus and shared the vision and strategy of making disciples in a small groups.
However, during the meeting one by one people stood up and left the meeting. No-one believed in Watson’s strategy except just one.
The only one who believed Watson his vision and strategy was Victor John,  a church pastor from among the Bhojpuri.
The two began with just a with a few, encouraging each other to read the Bible and obey the Holy Spirit.
During the first two years, Watson risked being fired from the missionary organisation because of the low numbers.
However, within a few years after starting the disciples making simple church vision a huge spiritual shift occurred amoung the Bhojpurii.
Previously indifferent Bhojpuri people suddenly became interested in Jesus.In the third year, the number of disciples suddenly increased to 8 simple churches.
From that year onwards, disciples and simple church increased rapidly: 48 gatherings, then 148, 327, and in the 5th year more than 1000 simple churches started.
In the 12th year, the 1 millionth disciple was baptised.
When I met Victor John in Japan in 2010 5.8 million people had been baptised, and more than 100,000 simple churches had been established in the past 20 years.
Is such growth a miracle?Is it a supernatural work?
Of course! At the same time, believers had intentionally changed their strategy for discipleship and church planting.
In 2010 Victor John’s Swedish wife briefly explained the situation at that time:
As in Japan, for nearly 100 years, missionaries, pastors, and Christians had been faithfully evangelising and church planting but the result was minimal.
In the early 1990s, two major changes occurred.
Firstly, Christians began to focus and dosimple discipleship and simple church and step out in those.
Soon after that, God removed the veil from the eyes of the Bhojpuri people and the spiritual environment changed.
Let’s learn from the story of the Bojipuri harvest which is still continuing to this day.
In this video series, I would like to learn as we analyse these movements.
And, as we pray, those of us who are evangelizing, making disciples and church planting in Japan let’s talk and consider how to prepare for the harvest in Japan.
Also, thinking, not only to talk, but to practice.
Let’s look at Acts 1:15: “at that time there were about 120 disciples.”
About 120 people were in that room on the day of Pentecost.
And the Holy Spirit fell powerfully, the disciples were filled and changed.
People gathered, Peter boldly proclaimed the gospel, and many people believed.
Acts 2:41 “Those who accepted His Word were baptized, about 3000 people were added that day.”
Let’s consider this ratio: If we divide 3000 new people by 120 believers, that is 25 people per person.
What a number!
Tomorrow, imagine, the eyes of Japanese people are opened, they become hungry for God and come and ask their Christian friends, family members, co-workers, neighbors: “You’re a Christian, right? I want to know about Jesus, I want to become a Christian too!”
If it is just one person, no problem!
But what happens if 25 pre-believers come to each Christian to believe and want to follow Jesus?
A normal church of 30 will have 750 new believers.A larger church of 100 will be inundated by 2500 new believers!
For the 200,000* Christians nationwide there will be 5 million new believers!(* Number of people gathering in the church)
Are these numbers are overwhelming?Is this just a dream or illusion?No, not at all!
There are many examples.
Examples in the Bible, the OT, the NT, and thousands of cases in church history.
I myself have actually met 2 people used by God in these movements.One was Victor John of the previous story.
The other is a missionary who saw one million baptisms over 10 years.
As for Japan, it’s not a matter whether harvest will come or not. It will!
The question is, “When will it come?”And when it comes will the Christians be ready to receive that harvest.
Am I ready?Are you ready?Is the church in Japan ready?
What happens if the number of Christians multiplies by 25 times in one day?
Lastly, today, let’s pray.
Please pray. For yourself and for me!For your church, and for the church communities of Japan.
Don’t just pray for revival and harvest, but when that revival and harvest come, as written in the Great Commission, we can make disciples, baptize them and teach them to obey Jesus’ commands.

* Are you able to let go of disappointment, let go of past failures and inferiority, and once again receive from Jesus a fresh vision of the harvest in Japan?
Please release everything before God and receive a fresh vision through promises of His Word.

* Please pray for workers.Jesus said: “The harvest is plentiful but the workers are few. Pray to the Lord of the harvest!” Luke 10:2

* Are you set on praising the Lord? God gave King Jehoshaphat a strategy to defeat the enemy. That was praise.
A great harvest was won through praise. More than Jesus’ subordinates, we are friends and partners of Jesus.We are lovers willing to work for the Lord.

Let’s continue to pray and believe.
As you watch this video series please also look at the previous series on simple church.
Think carefully about the core values and foundations of simple church (Japanese only) and consider and begin to imagine how a huge harvest will impact our church community, our family, our home town and city.

Let’s pray for the great harvest of Japan that’s about to come. 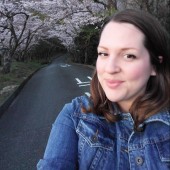