Why We Don’t Believe in a Pretribulation Rapture For the Lord Himself will descend from heaven with a shout, with the voice of the archangel, and with the trumpet of God; and the dead in Christ shall rise first. Then we who are alive and remain shall be caught up together with them in the clouds to meet the Lord in the air, and thus we shall always be with the Lord.

These verses from 1 Thessalonians have caused much controversy over the last 150 years—the same time period that we have been studying*. Many Bible-believing, Bible-loving Christians with a premillennial view of the restoration of the kingdom of God on Earth—with its capital in Jerusalem—have also been taught that there is another great Pauline mystery being taught here concerning the so-called “rapture of the church.” Namely, that the true believers will not go through the final period of God’s judgments (wrath) on the earth called “the great tribulation,” but will instead be “raptured” to heaven until the ultimate, physical return of Jesus to the earth. Most who subscribe to this view believe, based on prophecies in the books of Daniel and Revelation, that this will happen three-and-a-half years, or seven years, before Jesus returns. This teaching has become a major pillar in the dispensational worldview, as discussed in the last few chapters of this book*—and a big part of popular Christian culture in the USA from books/movies like Left Behind.

As one can hopefully infer from reading this book*, our perspective is quite different. We see the prophetic dynamics of the one new man (Ephesians) and the fullness formula (Rom. 9–11) leading right up to the second coming. This means that the church—understood as Jew and Gentile, Israel, and the nations together in Messiah—will have a great role to play during the last days on the earth. We believe that we will be here in the midst of the great tribulation, but that Yeshua has promised to equip and strengthen us, seeing us through to our ultimate victory together with Him at His return. What’s more, it will also be a time of incredible harvest. This harvest will not happen just supernaturally; it will be the same dynamic as always—God working through His people to preach the “gospel of the kingdom” to every nation (Matt. 24:14).

Below are four major reasons why we strongly believe that the “pretrib rapture” theory/doctrine is “dead” wrong, and why it has a dangerous influence on its adherents—one which fails to prepare them for the reality of what will actually take place during the end times.

“What’s all this splitting of hairs concerning end-times prophecies?” some might protest. Or, “Let’s not worry about these future things…  I’m a pan-millenialist—it will all pan-out in the end!” (Note 10) Why is it all so important?

Think of it this way: What if you were training an army, which by its very definition is preparing for the eventuality of war, and in the middle of the training period you took the soldiers aside and said the following: “I have just heard from our commander in chief, and he has promised that when the worst of the actual battles come, he’s given our battalion special favor: We will dial a secret code, and super-secret-stealth helicopters will come and take us all up and out of harm’s way. He will send another army to do the fighting—we won’t be on the battleground during the worst of the war!” How do you think this would affect the spirit of the training from the following day forward? Would the men drill with the same focus and motivation? Would they be alert, looking to keenly obey every order of their superiors? Obviously not.

Or, what if you were training a sports team for the playoffs, and you similarly told them: “When we get into the final rounds of play, someone else will take your place on the court; you won’t have to play.” Talk about a “spirit-breaker”!

This is the problem with the doctrine of the pretribulation rapture: It makes for a church with a “bunker” mentality—a church that will bury its head in the sand (or the clouds?) as we get further into the end-times events, wondering if the present tribulation is truly the last one, and looking for God to “beam them up” and out of the tribulations. It leaves the church with entirely the wrong “spirit” concerning the end times, and totally unprepared for its actual role to stand with Israel— the central, earthly focus of the Antichrist’s vitriol—and not abandon her! Paul also taught that a great “apostasy” or “falling away” from the church would happen during these very last days before His coming. (2 Thess. 2:1-3) One wonders: could it be that a large number of these “apostasizing” believers will be those who were taught that they would be raptured away when times of tribulation come? Imagine such a person’s sense of confusion and disappointment with God and church when they find themselves totally unprepared to go through this most difficult time in human history!!

When Yeshua speaks of these events, it is of a different spirit entirely: “But keep on the alert at all times, praying that you may have strength to escape all these things that are about to take place, and to stand before the Son of Man” (Luke 21:36). Or, “pray that your flight will not take place in winter, or on a Sabbath. For then there will be a great tribulation, such as has not occurred since the beginning of the world until now, nor ever will. Unless those days had been cut short, no life would have been saved; but for the sake of the elect those days will be cut short” (Matt. 24:20–22).

First, Yeshua is clearly speaking to His disciples that they will be here on this earth, especially in Israel/Jerusalem during the tribulation.

Second, at least for the saints in the Jerusalem area at His return, there is a flight to avoid the worst of the tribulation, but there is no suggestion that this is a secret rapture into the heavens. Thirdly, He wants us to be prayerful, awake, and alert; His promise is to deliver us from out of the tribulation, just as He has delivered His people throughout history, by means of the miraculous intervention of God in the midst of our earthly circumstances! Of course, at the end of the great tribulation, this will be accomplished by nothing less than the second coming of Jesus in glory, along with a multitude of angels and resurrected saints in order to fight against the Antichrist and his armies. The last, great cry/prayer of God’s people (the spirit and the bride) on Earth before His return is, “Come Lord Jesus. . . . Maranatha . . . Blessed is He who comes in the name of the Lord!” (Rev. 22:17-20; 1 Cor. 16:22; Matt. 23:39), not, “Lord, rapture us up to heaven and out of this world so that we can avoid your wrath and the suffering that will come upon the earth!” It is “Lord, come!” not “Lord, take us out of here!”

How does this all connect to the one new man? Yeshua’s prophecy in Matthew 24:22 is tantalizing in this respect: He says that the days of this great tribulation will be cut short, for the “sake of the elect.” How short? He doesn’t say! I believe this points to two fundamental truths about the nature of God and biblical prophecy (especially apocalyptic/ end-times prophecy) that we have studied in this book*.

First, God takes no pleasure in judgment; His will is for “all men to be saved and to come to the knowledge of the truth” (1 Tim. 2:4). The God of the Bible is not a sadist! While the obvious purpose of God’s wrath and judgment is to punish sin, it is always His deepest desire that men would repent and turn to Him as a result. As we can learn from the book of Jonah, this is the primary reason that God issues specific prophecies of judgment—to warn sinners to turn from their ways. If there is sincere repentance, as there was in Nineveh, God is happy to “change His mind” and show mercy, even on those “dirty,” Gentile, pagan sinners (Jonah’s perspective). Yes, in the end of days, there will be great tribulation, but Yeshua instructs us that God longs to cut short the days of the great tribulation on behalf of His beloved ones, His elect. But Yeshua didn’t tell us how short, or why God might cut those days short.

Could it be that much of the answer to this mystery depends on us? On how unified and reconciled is the body of Christ? How “spotless” will His bride be? In the body, will there be unity between Jew and Gentile, Japanese and Chinese—loving, serving, and interceding for one another? Will we be standing in faith, interceding, crying out for the salvation of the world and the return of the Lord? (Note 11) Or, will we be like Jonah, with a “God, you take care of it yourself; don’t involve me, I’m getting out of here” attitude? Will we be hiding in a theological bunker (or whale’s belly!) expecting God to take us out of the world while the Jews in Israel suffer? In short, could it be that it depends on how much genuine, overcoming faith Jesus will find among us on the earth when he returns (Luke 18:8; James 1:12; Rev. 2:17, 26; 3:21)?

I believe so! God is not a sadist, and we are not masochists. Nonetheless, we are willing to endure whatever suffering, even martyrdom, that will come our way because of His name, so we are not perversely looking forward to the great tribulation. He taught us to pray that it be cut short, that our escape from Jerusalem might not fall on the Sabbath, etc. How effective will those prayers be? That depends on us!

This article appears in the appendix 3-3 of the book:
One New Man – Reconciling Jew & Gentile in One Body of Christ
Ariel Laurence Blumenthal
Used by permission of the author. This book is available for purchase:
https://www.amazon.com/One-New-Man-Reconciling-Gentile-ebook/dp/B07XQCGGRG 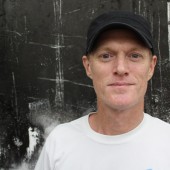